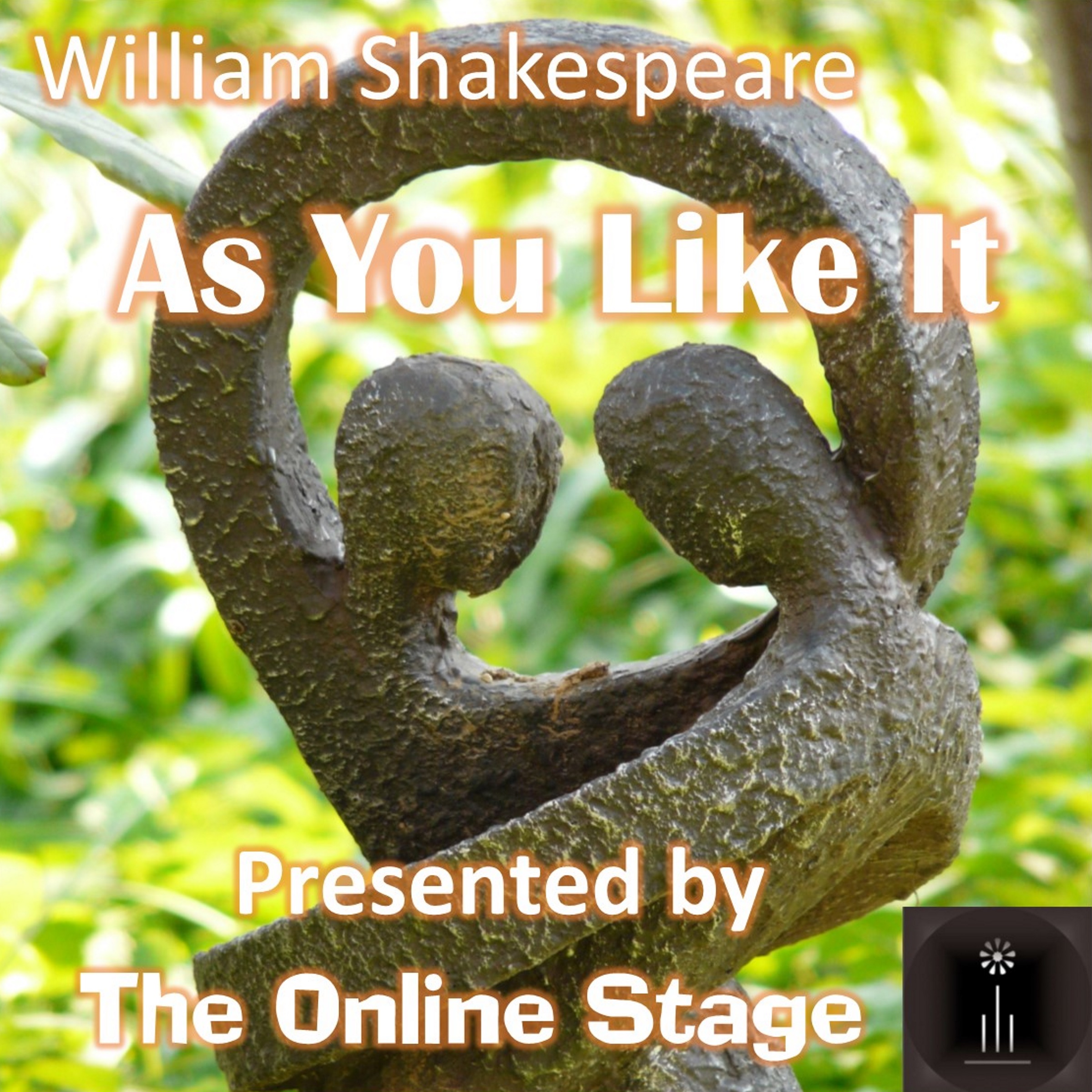 As You Like It
by William Shakespeare
Presented by the Online Stage
Written about 1599 and first published in 1623, As You Like It features the story of Rosalind, one of Shakespeare's most powerful female characters.   In the company of her cousin and trusted friend Celia,  she flees from the court of her villainous uncle Frederick, and takes refuge in the Forest of Arden.  Disguised as a male under the name of Ganymede, she encounters another refugee from Fredrick's court,  Orlando, a young gentleman who has fallen in love with Rosalind.   Ganymede befriends Orlando and sets out to teach him how to woo effectively.  Rosalind, in her role as Gannymede, also becomes mentor to some local rustics in the ways of love.
Regarding the extent of her influence in the drama,  the only other female Shakespearean character that Rosalind can be compared with is Portia in The Merchant of Venice.  In both cases, the women emerge from a position of distinct disadvantage to become commanders of the action.
As You Like It has remained one of the most popular and frequently performed of Shakespeare's plays.
Cast
Orlando - Andrew Coleman
Oliver - Ron Altman
Rosalind - PJ Morgan
Celia - Elizabeth Klett
Touchstone - Alan Weyman
Duke Senior - Bob Neufeld
Jacques - Jeff Moon
First Lord - Brett Downey
Second Lord - Brian Mansi
Corin - Marty Kris
Silvius - Jeff Moon
Phoebe - Libby Stephenson
Second Brother/Sir Oliver Martext/Charles - Joseph Tabler
First Page - Charlotte Duckett
Duke Frederick/William/2nd Page/Adam - Peter Tucker
Amiens - Leanne Yau
Le Beau/Dennis - Denis Daly
Audrey/Hymen - K G Cross
Stage directions read by Michele Eaton
Audio edited by Denis Daly
Cover design by Denis Daly
Songs in Act 2 -
"Under the greenwood tree"
"Blow. blow thou winter wind"
Performed by Leanne Yau
Song in Act 5 -
"It was a lover and his lass"
Performed by Rebecca Thomas
The script for this recording was kindly provided by Folger Digital Texts.
Concluding dance music: excerpt from Ancient Airs and Dances, Suite No.1 - 4. Passo mezzo e mascherada by Ottorino Respighi, performed by the United States Marine Band.
This recording may be freely downloaded and distributed, as long as the Online Stage is credited as the author.  It may not be used for commercial purposes or distributed in an edited or remixed form.
The Online Stage is collective of narrators and actors who have come together to present productions of classic dramatic works in audio format.  For further information about The Online Stage or to explore our catalogue please visit:
The Online Stage